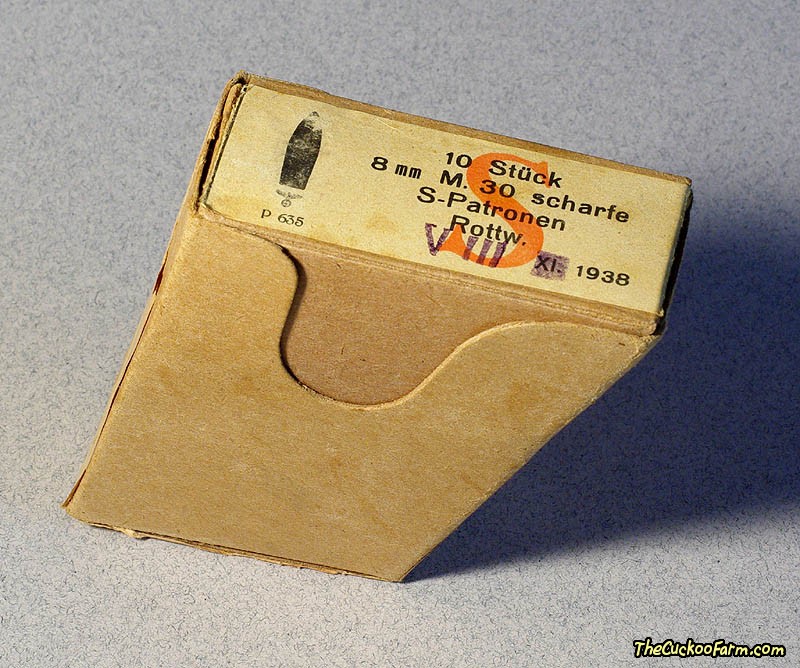 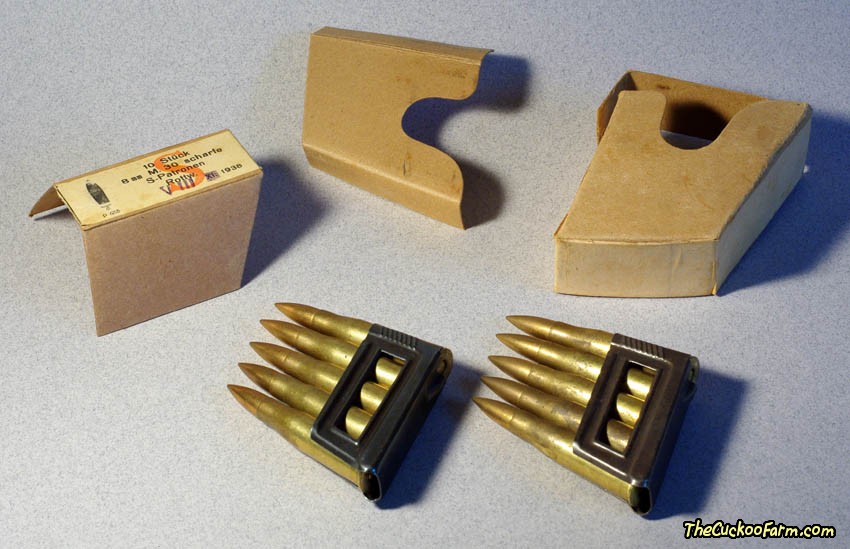 Boxed, 10 rounds of 8mm M30 ammunition. Manufactured in 1938 complete with box, liner and 10 rounds in two 5 round clips. Waffenampts on box, clips, and ammo. All ready to conquer Europe! Picked these up about 15 years ago, too cool to pass up. These are for the Austrian Mannlicher Model M1895 rifles that were converted in the early 1930's to the M30 round. The conversion still used the original en-bloc clip. I believe once converted, they were then called M95/30 rifles. These rounds should also fit the Hungarian M35, but without the clip. The Hungarians called these M31 rounds.