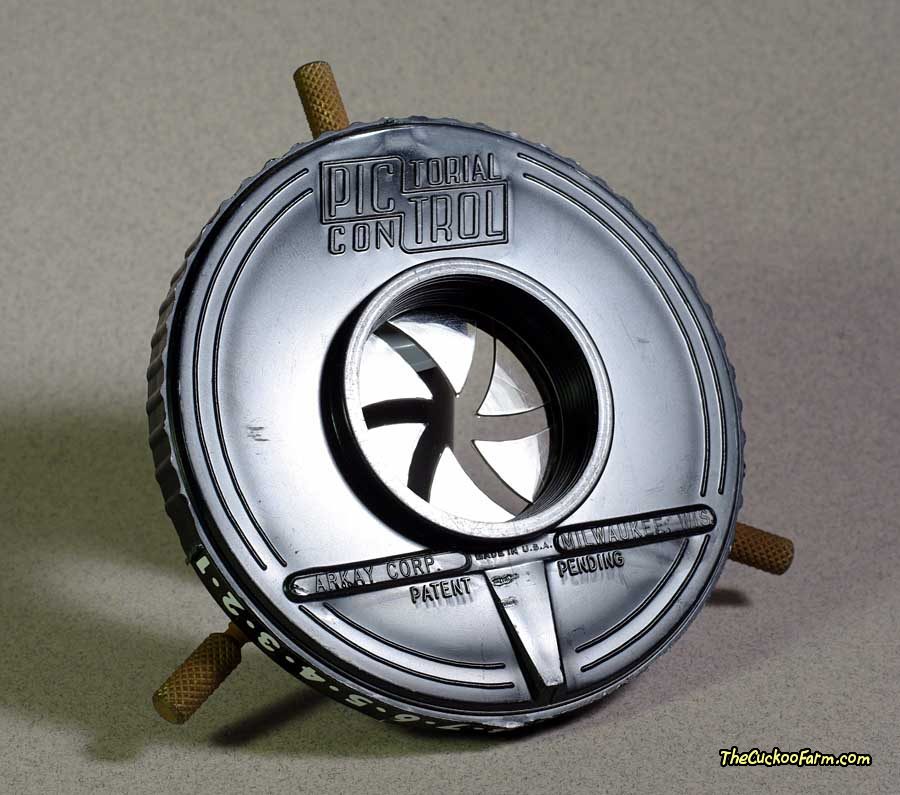 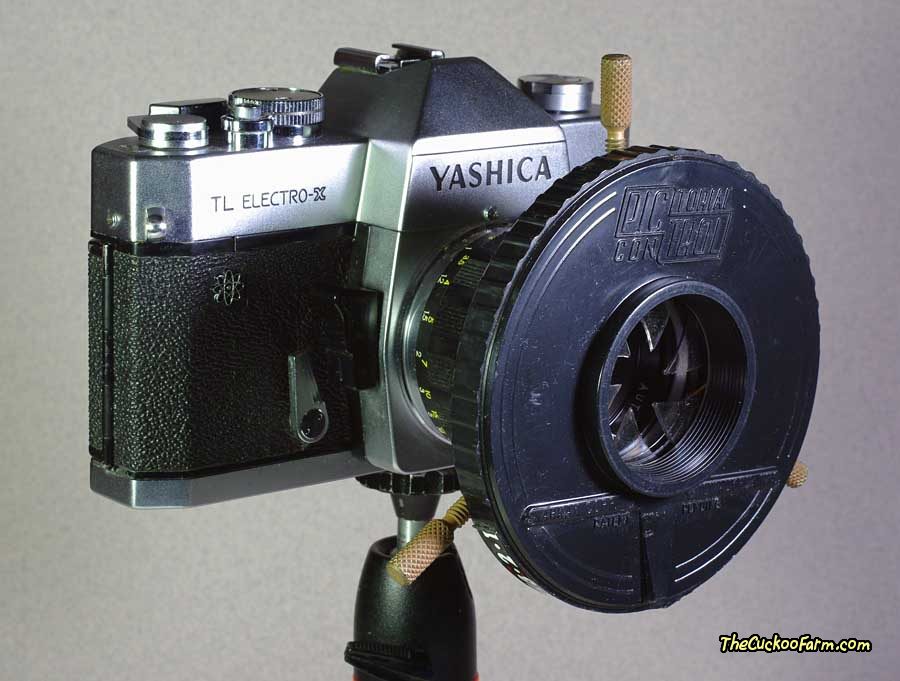 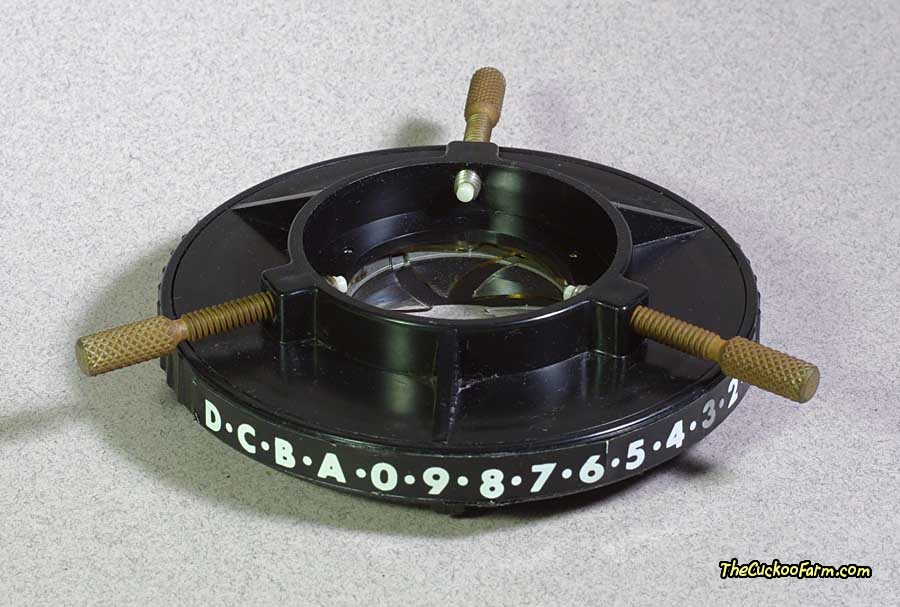 This is a "PICTROL", Pictorial Control lens attachment. It was made by the Arkay Corporation in Milwaukee, WI. The Pictrol is a special effect attachment that provides a diffused outer ring to a photo. It can also be used for soft focus on the entire picture. It is secured to the outer part of the host len's filter ring by three, nylon tipped thumbscrews. Similar in fashion to the old Kodak filter holders. I indicated above that it fits up to a 49mm outside diameter, it will actually fit slightly larger, up to 52mm. So, if you have some odd or large knurled series adapters on your lens, it may still fit. The Pictrol consists of a housing with an adjustment ring and a six blade iris made of transparent, but wavy plastic. When the ring is turned the iris can be adjusted from fully opened to fully closed. Somewhat similar in effect to the Spiratone Vignetar. It was intended to be used with enlargers, when making prints and on cameras.