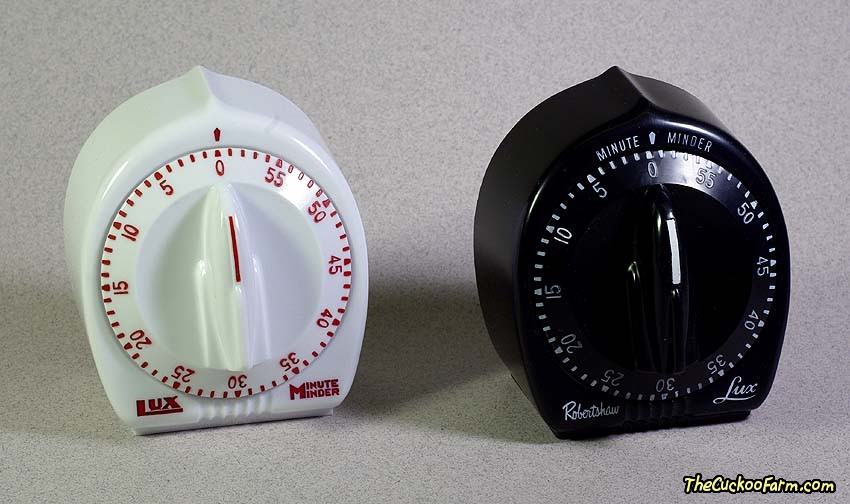 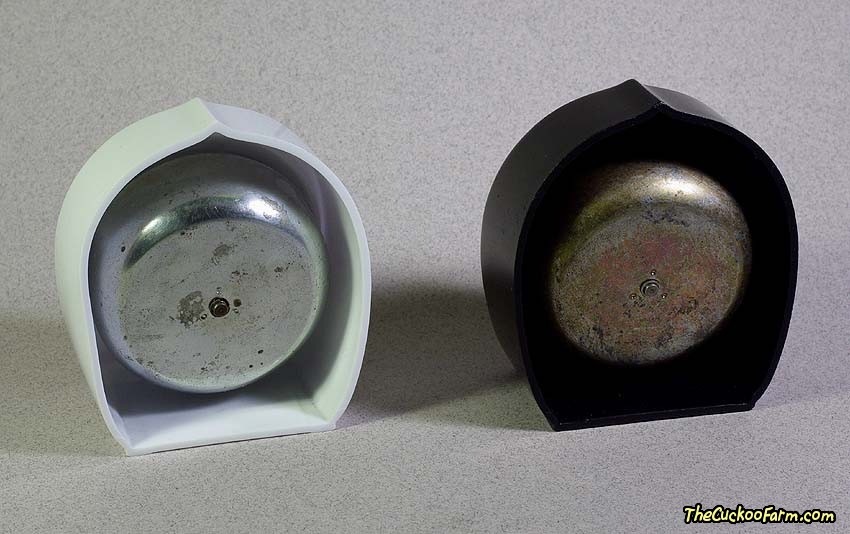 These are small Minute Minder Timers, Model No. 2428 by Lux. Probably the most recognized kitchen timer. Almost every kitchen has had one of these. The white unit is from shortly after the take-over of Lux by RobertShaw and it retains the old layout and markings. The black unit is later and has the RobertShaw logo and Minute Minder moved to the top. The white unit has all US parts, with the timer mechanism having all metal gears except one. The later black unit has a Mexican made timer mechanism with mostly plastic gears and parts. All have plastic bodies and dials. These have a single loud chime. 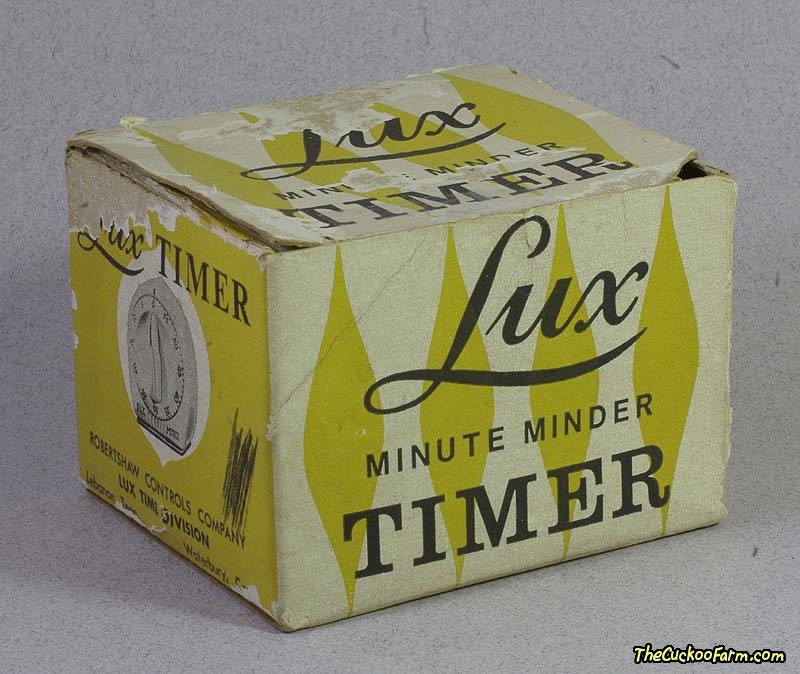